CRN®, a brand of The Channel Company, has named Pulsar360, Inc. to its 2018 Fast Growth 150 list. The list is CRN’s annual ranking of North America-based technology integrators, solution providers and IT consultants that have experienced significant...

Recognition for our Innovative Solutions 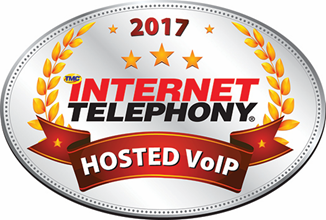 TMC News recently announced that we have been awarded the 2017 INTERNET TELEPHONY Hosted VoIP Excellence Award for our Hosted PBX,Premised Based, Hybrid Solutions & SIP Trunks (source). We are very honored by this ...

We are so very proud that Enterprise Networking Magazine has recognized Pulsar 360, Inc. as one of their Top 10 Unified Communication Solution Providers – 2017. The list was chosen by a special panel looking for UC solution providers at the forefront...

Littleton, CO, February 1, 2017 (Newswire.com) - Pulsar360, Inc. announced today that they received the INTERNET TELEPHONY Product of the Year Award for 2017. These awards recognize the most innovative and highest quality IP communications brought to...