What Is VoIP Coding Language? 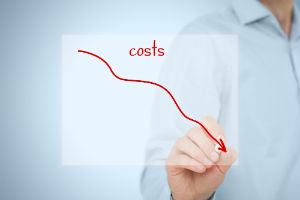 Before starting with the topic of today, let’s first talk a bit about VoIP, what it is and how it works because right now there are several people who are still using the old traditional phone line communication systems. VoIP is also known as voice over internet protocol and this operation just requires a good internet connection to be carried out. All you need is a VoIP phone system and then you’ll be able to make both national and international calls at extremely affordable rates because it will just be the Wi-Fi bill that you would have to pay. Yes, you read it right, unlike the traditional phone system, with VoIP, you just have to pay for your internet connection and there will be no extra charges for making international calls.
It’s just that you and the other person with whom you want to communicate should have a good internet with a good bandwidth.

How Is VoIP better than the traditional phone system?

There has been quite a lot of debate on this topic but guess what? VoIP won the debate because this phone system is better than the phone line system in a lot of ways. Above everything else, VoIP communication is cheaper than the phone line communication and the best thing about voice over internet protocol is that you get to enjoy several features with it. With VoIP you can even make conference calls, video calls, voice messages etc. It all depends upon the VoIP phone and package that you buy. Right now several businesses and company’s are shifting to voice over internet protocol because again, they find it way more efficient and cost effective than the traditional phone systems. The only thing is that VoIP communication can become a serious problem for you if you don’t have a good internet connection. It’s pretty simple that if you don’t get proper internet signals in your area than VoIP is not for you. However, if you do have an excellent connection with a good bandwidth then you shouldn’t wait anymore and get shifted to VoIP as soon as you can.

The Coding Language For VoIP

Now, a lot of people have been asking about the coding language of VoIP. Well, you see VoIP is voice over IP-technology and it is divided into two major parts, the first part is voice streaming and the second part is call signaling. Now if you look towards the broader site then yes call signaling can include some coding and mostly it’s SIP that is used when it comes to the signaling of the call. On the other hand when it comes to the voice streaming then yes it also has some codifications for the transmission of the sound and all of this is carried out via Codec.

Now if you are someone who is looking for a coding language for VoIP in order to develop a VoIP application then for that there is a set of tools called SDK (Software Development Kit) so yes,you can use that to make the development easier.

We hope you now got a clear idea about the coding language of Voice over internet protocol. Stay connected and keep reading because we’ve got a lot more to discuss about VoIP operations. Till then, keep sharing and keep reading our articles, we assure you to come up with a much more interesting and informational topic for the next time.