What is the Difference Between VoIP and Voice Chat? 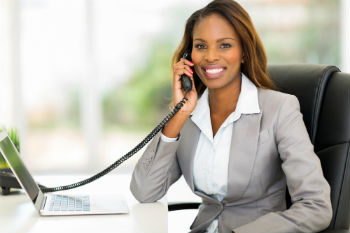 Effective communication is needed in all aspects of human relationships. All businesses and organizations require proper communication to get ahead. The art of communicating includes effectively passing information from the informant to the receiver.

Technology has aided communication in many different ways. Apart from making it easier and faster, it has also made it cheaper. Passing information over the internet has become increasingly frequent in recent times. There are different methods of communicating over the internet such as emails, chat sites, internet calls, video chats etc.

This new era of communicating over the internet has brought about VoIP.

VoIP stands for Voice over internet protocol. It is a means of making calls over the internet. It takes analog audio signals and transmits them over the internet after converting them to digital data. With VOIP, you can make free/ low-cost telephone calls to anyone anywhere in the world regardless of the network being used. The principles and procedures involved in VOIP calls are similar to those in regular/ common telephone calls. The principals involved are signaling, channel setup, encoding, digitization, and decoding.

VOIP employs the use of internet connection can be used to place free phone calls and therefore helps bypass the charges of phone companies and network organization. With VoIP, you have an unlimited number of phone lines and can make long distance calls to anyone at any time. There are three popular ways of engaging in VOIP calls.

ATA: The Analog Telephone Adaptor works by connecting a standard phone to a computer or internet for use with VOIP. The ATA works to convert digitalize the analog signals obtained from the standard phone and transmits the digital signal over the internet.

Another way of using VOIP is with IP phones; IP phones look just like regular phones, complete with a handset, cradle, and buttons. IP phones have an Ethernet connector, so they connect directly to your router and have the necessary hardware and software necessary for the call. Wi-Fi phones allow subscribing callers to make VoIP calls from any Wi-Fi hotspot.

Lastly, another way to use VoIP is through computers. There is several free software that can be used for this type of VOIP. The required items are a microphone, speakers, a sound card and a good internet connection. VOIP calls by computers are free except maybe for ISP fees,

What are voice chats?

Voice chats are a means of sending recorded voice messages over the internet.

It requires a hardware device such as a phone to record the voice message, a software application that allows you send voice chats and internet connection to send the voice chats over.

Voice chats do not have the luxury of immediate feedback and continued conversations between the communicators in one session. Voice chats sent over the internet, are first downloaded by the recipient on his hardware and played to hear the recorded message before the recipient can react to the initial voice chat by sending a new voice chat in reply.

The amazing thing about voice chat is that it can be sent to more than one person at a time or even at a later date.

Before choosing between choice chats and VoIP calls, here are a few things to consider:

The choice of method of communication depends on the end goal that the communication is set to achieve, as both methods have their own unique features. Therefore, end users can always choose between the two depending on how fast they want the response, how many people they want to communicate with and if they want the message for future purposes.