Can VoIP Ever Have Latency as Low as a "Regular" Phone Line? 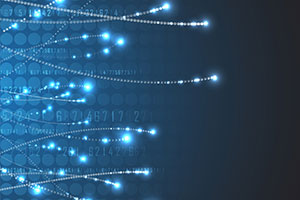 VoIP operations are currently the talk of the town and more and more people are now shifting from the traditional phone systems to the VoIP systems because we all know the fact that voice over internet protocol communication is more cost effective and more efficient too. VoIP connections just require a good Wi-Fi connection to carry out good communication. Like, you and the other with whom you want to communicate, both should have a good internet connection with a good bandwidth. With VoIP you can communicate with any person in the world and guess what? You don’t even have to pay extra for the international calls, in fact, you don’t have to pay for the calls, it’s just the internet bill that you have to give.

Now, the hype of VoIP operations is increasing at a rapid pace but then on the other hand people have a lot of questions about this technology too. The one major question trending on the internet is about the latency of VoIP connections, people are asking if the latency of this connection can be as low as a regular phone line. Well, if you also have the same question in your mind then you need to stick to this article a little longer because today we are going to answer this question for you in detail. So, folks take notes of what we are about to tell you because this can actually help you clear out all the misconceptions about VoIP operations.

Latency is basically known as lag or delay in something. When it comes to communications and connections, latency occurs when a voice packet transmission reaches it’s destination with delay, this mostly results in echo created due to a slow network connection. Now when it comes to the phone line latency that is usually known as mouth to ear delay and when it occurs in the internet based connections like VoIP operations then it is known as quality of experience aka QoE.

Now the answer to your question about the latency of VoIP getting as low as that of phone line is that no, when it comes to VoIP operations, the latency cannot get that low. There can be an issue of latency rarely in voice over internet protocol operations and usually that latency occurs due to a poor internet connection. If you or the other person with whom you want to communicate has a poor internet connection with a low bandwidth then latency can occur for sure and the other reasons why it can occur are;

These are a few reasons that can cause latency in VoIP operations but then again, this issue occurs rarely and this isn’t something to be worried about. Just make sure that you’ve got a good internet connection to ensure good connections. On the other hand when it comes to the phone line latency, there are several reason why it occurs and sometimes phone line latency becomes very frustrating because it takes time to fix the issues in the traditional phone systems. In any case, VoIP operations are better than the phone line systems and the time is near when Voip communications will rule the world.