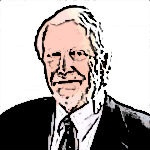 Recruited to run the operations of a predecessor company to Pulsar360 Corporation, Dozier directed the acquisition and integration of four entities and has been significantly responsible for the restructuring and revenue growth.

As Chief Operating Officer of a publicly held telecommunications company, he directed the acquisition of seven organizations and successfully integrated them into the company, increasing revenues to a run rate of $200 million entering 2000.

Appointed by the investors and lead bank as President and COO of 26-year old telecommunications sales and service company, he was credited with turning around an entity loosing $200K per month to positive EBITDA in six months and steering the company to a $108 million run rate.

As a Regional President for a national telecommunications carrier, Dozier was responsible for affecting the changes that took the $60 million dollar region with operations in six states, 300 employees and 7000 customers, from significant loses to profitability in less than one year.