Want To Learn All About the Pros and Cons of Voice Over Internet Protocol? 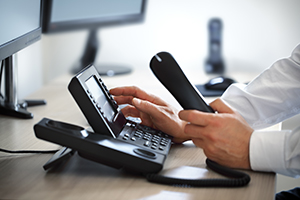 VoIP, also known as voice over IP, is more like an internet telephone through which you can make audio and video calls all around the world. The only thing that you need in order to operate through VoIP is a good internet connection and your job is done here. We all know the fact that technology has taken over the world and every time we talk about technology we know that the digital world and the internet is our future. So, why don't we start shifting to Internet-based operations? The VoIP phone system is new and it is all based on the modern technology. It is unlike our traditional phone systems where we need to spend quite a lot of money to communicate with one another. In fact, when it comes to voice over internet protocol, the cost of communication reduces to a whole another level.

If you haven't heard of it before then don't worry and just stick to this article because today we are going to jot down all the things you should know about voice over internet protocol, how it works and what are its pros and cons.

VoIP comes with numerous benefits and most of the business owners and big companies are now shifting from traditional phones to VoIP services because yes, they've found it beneficial and more effective for good communication and connection.

With VoIP your voice gets transmitted over IP and in order to make that happen you simply need a good internet connection which has a good bandwidth.

Here are a few Pros and Cons of the voice over internet protocol operation:

Voice Quality
With the VoIP operations, the standard of voice quality increases to another level and if and only if you have a stable and excellent internet connection, you will get the best of voice quality with this Internet-based communication.

It Is Cost Effective
If you are running a business on a small scale that requires you to communicate with people every now and then, then you need to shift to VoIP operations because let's face it, communicating via the internet is less costly than the traditional phone systems. Here you don't have to pay big figures of bills, in fact, the bill of your internet and your calls will be the same and you can save quite a lot of money with the internet protocol.

Ease Of Communication
Connecting via the internet can be pretty easy and you and the other person with whom you have to communicate must have a good internet connection and the job for both of you. In case your call gets disconnected or distorted, you won't have to blame anything else except your internet connection. So, yes with VoIP, communication won't be complex at all.

The requirement of an internet connection is the only drawback of the VoIP operation but at the end of the day, you have to pay some price in order to communicate. Also, if you have a poor internet connection that you will have to suffer through a lot of disconnections and distortions during the call.

VoIP operations need power supplies too. You have to plug in your router into a power supply to put it in action and unfortunately, if your power goes off then your call will be disconnected.

These are the only few drawbacks of the voice over internet protocol operations but the benefits of it are numerous and you should definitely try these internet phones for once.